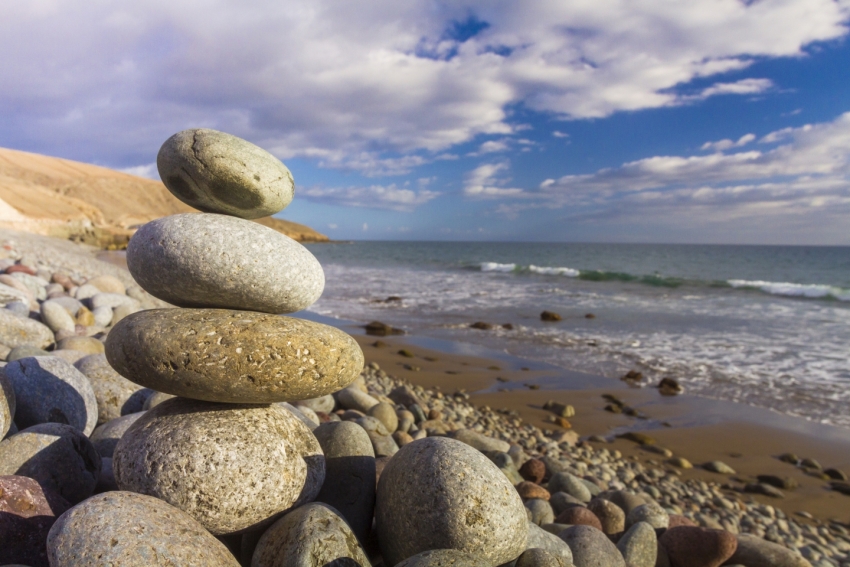 Playa Triana is one of south Gran Canaria's quietest beaches even though it has calm water and beautiful sunsets.

Located just east of Arguineguín town but actually in San Bartolomé de Tirajana, Triana beach is 500 metres long and made of smooth pebbles. At low tide, a strip of dark sand emerges but never dries out. You also have a couple of smooth rock outcrops to sit on if the pebbles get uncomfy.

Triana beach is popular with nudists, especially now that most traffic goes inland rather than along the GC 500) and local campervan owners.

Access is via the GC 500 road and blue bus Line 1 stops right next to it (tell the driver in advance). There are several small car parks just by the beach.

Triana beach has bins by the road but no lifeguard and no toilets.

Lex Says: At sunset, there are great photos to be had amongst the small caves in the rocks in the centre of Triana beach.