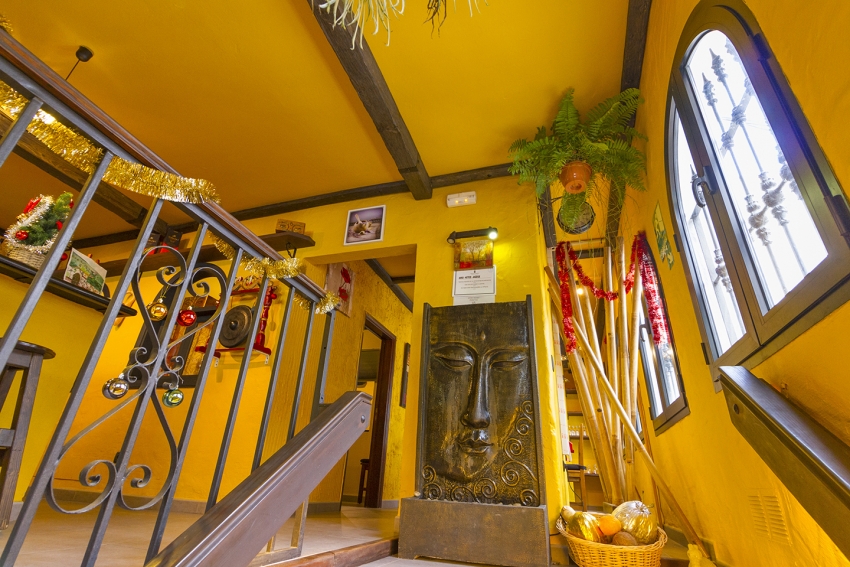 The House Fusion opened in 2016 and is currently Gran Canaria's only Thai restaurant. Lucky, then, that the food is top notch.

As far as fusion restaurants go, it's an interesting mix of Thai and Danish dishes. Fortunately, the two always come on different plates so you don't have to get your head around tartare served with green curry.

The chef is Thai and has previously run high-end restaurants in Thailand and in Paris. This is reflected in the food which is quality Thai cuisine (not that there's anything wrong with Bangkok street food).

There's a sound theory that you should test a restaurant by trying the basic dishes. Order the carbonara at an Italian, or a simple noodle dish at a Chinese and if they are good, you know that the chef can cook.

So, at The House Fusion, we ordered the Pad Thai knowing that if it was good, then everything else would be too.

It was perfect! The first good one we've ever had in Gran Canaria.

We'll be going back to try the rest of the menu ASAP and we think you should too.

The House Fusion is in El Motor Grande just inland from Puerto Rico. It's easy to find as it's in the Plaza Don Agustín Lopez Alamo just by the roundabout and next to the church. There's plenty of room outside on the square, but it's worth having a look inside as well as there are several rooms with different seating.

Thai food is served from 11.30am until late and Danish food between 12.00 am and 15.00. Many dishes have vegetarian versions and you can specift your level of heat on its 0-4 scale. Note that the Thai food at House Fusion is all gluten free as it is based on rice rather than wheat (except the spring roll sauce).

We have 425 guests and no members online